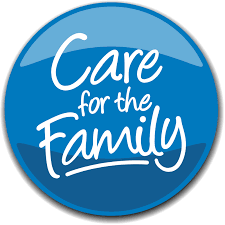 Care for the Family

Waiting at the bus stop alongside a group of schoolgirls, I couldn’t help noticing the hashtag they’d written on backpacks, wristbands, purses, and, in one case, on the back of a hand: #BFF – Best Friends Forever. Whilst it’s especially popular with teenage girls and marketeers, I found myself thinking that #BFF isn’t a bad hashtag to have in a marriage. But although it’s relatively easy to have a #BFF at school, it’s much harder to sustain that friendship over the length of a marriage. One friend remembers hearing the Coronation Street character Elsie Tanner point out to a young woman on the eve of her wedding: ‘It’s not just running around in a lacy nightie on the first night. It’s all those breakfasts!’ The truth is that couples who keep their love alive, do so not by relying on the initial romance, important though that is, but by working on that #BFF thing.

A key factor is to continue connecting together and spending time in each other’s company through activities you both enjoy. When my husband Richard and I first met, one of my favourite things to do on a Saturday would be to go out for coffee and, if possible, visit an art gallery. To my delight, I discovered Richard liked doing the same. We’d spend hours in coffee shops and hunting out little exhibitions. It wasn’t until after we were married that Richard confessed that not only did he not really like coffee, but he had no interest in art whatsoever. But he’d wanted to please me and gave it his very best shot.

The same thing happened the other way round, I discovered that Richard loved working with old cars, so I found myself spending weekends feigning interest in a Ford 1600 crossflow, overhead cam, twin Weber carburettor and other mysteries besides. I hated the cold, the overalls and the smell of oil as I traipsed round freezing-cold scrapyards with him in the hunt for that elusive part, but it didn’t seem to matter because I just wanted to be with him. As most of us do at the beginning of a relationship, we made the effort to be interested in each other’s lives, and as we spent time together we became good friends – in fact, #BFF.

Relationship experts say that happy marriages are based on deep friendship. Friendship is actually at the core of a strong marriage, and if there’s a high-quality friendship in a marriage there is likely to be a high level of romantic and physical satisfaction. When we are friends, we look forward to spending time together, and when we genuinely like each other, we get more out of our life experiences because we have an emotional connection with the person who is sharing them.

Conventional wisdom says that having common interests keeps a marriage together, but what really matters is whether that interest draws us together. It’s not enough to just share those interests; the key is how we relate to each other whilst pursuing them together.

Whether couples have been married for six months or sixty years, it’s often the little things that count – the small, everyday points of connection that bring them together and, over time, weave themselves into the very fabric of their marriage. Actress Simone Signoret described it like this: ‘Chains do not hold a marriage together. It is thread, hundreds of tiny threads which sew people together through the years. That is what makes a marriage last – more than passion or even sex.’

In the ups and downs of married life, it’s a good principle to remind ourselves that we are friends. It’s not just because we laugh together, sometimes hurt each other, have fun together and share interests. It’s because, at the end of the day, we know that when trouble comes there is someone who has got our back, someone who is there for us come what may – in short, our #BFF.

– Katharine Hill, UK Director of Care for the Family.

Care for the Family

Care for the Family is one of the UK’s leading family-issues charities and delivers events, training courses, resources and support networks to strengthen family life and support those facing family difficulties. Find out more at: www.careforthefamily.org.uk.

Be genuinely interested in what is happening in your partner’s life.
Celebrate each other’s wins and commiserate when things go wrong
Never bring each other down in public.
Be there for your partner when life is tough – remind them that you are in this together.
Remember that even mundane things like loading the dishwasher, can be opportunities for you to connect and share your day.
Treat each other with kindness.
Remember birthdays, anniversaries and other significant days.
Find interests that you both enjoy doing – cooking, gardening, sports, camping.
Make your partner feel special. Simple things like running the water for a bath and lighting a candle mean just as much – or more – than extravagant gestures.