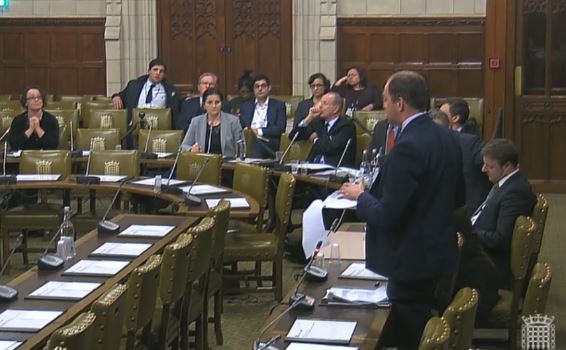 On February 1, 2017 David Burrowes MP organised a Westminster Hall debate, entitled ‘Marriage Week’, in anticipation of Marriage Week’s twentieth anniversary. During his speech he welcomed the aim behind Marriage Week – to draw attention to the importance of marriage for individuals, family life and civil society – and asked the Minister Caroline Nokes MP about the Government’s plans to promote Marriage Week. The Minister responded by saying that Marriage Week provides a great opportunity to celebrate the commitment and connectedness that a stable relationship brings to a ​family and assured that her department intends to continue to work very hard to ensure that marriage gets the support it needs to continue being a strong bedrock for families and children. You can read the whole debate transcript here.

Marriage Week itself was kicked off by distinguished American expert on family and marriage, Professor Brad Wilcox, who presented his latest, previously unpublished, research “The Cohabitation Go Round: Cohabitation and Family Instability across the Globe” on Monday 6th February.

The study found that the United Kingdom has among the highest rates of family instability in the developed world. Commenting on the study, Professor Wilcox said: “We know that children thrive on stable routines with stable caregivers. This study provides fresh evidence that cohabitation is less likely to deliver such family stability to children, compared to marriage.”

The study was also picked up by the media. For example, the Daily Mail ran a story on the findings and Professor Wilcox was interviewed on BBC One Breakfast.

During his visit to the UK Professor Wilcox also met with a number of MPs to discuss the findings and their implications for individuals affected by family breakdown as well as the effects on British society as a whole. 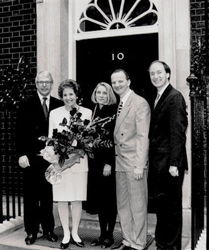 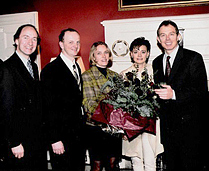 Marriage Week has always been a collaborative project drawing on a range of organisations and networks to be successful. Right from year one in 1997, its strength has been the combination of national and local media events that have sought to strengthen and celebrate marriage.

The project was started by Richard and Maria Kane while Richard was national director of charity Marriage Resource.

Marriage Week UK celebrates the diversity and vibrancy of marriage as the basis for family life in the UK. It has attracted the support and attention of a host of political, religious and media figures (including Prime Ministers John Major and Tony Blair).

In 2017 Marriage Week UK became a project of Marriage Foundation who ran it faithfully for 4 years before returning it to The Futureway Trust. It operates within the framework of Marriage Week International which now facilitates Marriage Week projects throughout the World.