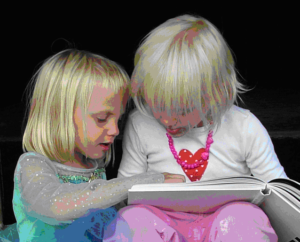 After nearly 35 years of marriage, I’ve finally realised I’m a slow learner. Kate’s been telling me for years what she needed from me as her husband.

‘I need you to be my friend, Harry’. That took the first eight years to realise.

‘I need you to be kind’. That took rather longer.

I wish I’d had the word ‘kindness’ tattooed into my brain from the day we got married. Kindness is not just a nice idea. Be kind. How sweet! Kindness underpins our attitudes. If I choose to be kind to someone, it makes me want to treat them well and makes it harder for me to treat them badly.

Years ago I came up with a mnemonic for how to spot four bad habits that undermine relationships. I called them STOP signs – S=Scoring Points, T=Thinking the worst, O=Opting out, P=Putting down. You can find out more about these here.

Each of these STOP signs is based on a bad attitude. If I’m putting somebody down by rolling my eyes and tutting at them, I don’t have a great opinion of them. What I’m not doing is being kind to them. If I was kind, I wouldn’t think of them as if they were an idiot. I’d want the best for them.

You get the idea!

So if somewhere in my head I can remember that I need to be kind to other people, I won’t react quite so badly when I’m driving, I won’t fire off a verbal assault on twitter, and I won’t be quite so defensive, or aggressive, or belittling with my wife or children. I’ll be kind.

A few years ago, I did an impromptu survey of 300 mothers for a book Kate and I were writing called What Mums Want (And Dads Need To Know). We asked them to rate a whole range of different qualities they might look for in a dad.

Top of the list came friendship, showing interest in her and the kids, and kindness. Right at the bottom were all the things a lot of us men might think important – being good at fixing stuff or earning money, being adventurous or sexy. These weren’t irrelevant. They just weren’t nearly as important.

Can you imagine how wonderful it would be if somebody is asked to describe you and the first thing they say is ‘he/she is so kind’? Wouldn’t that be great?

I’m not there yet. But I’m working on it.